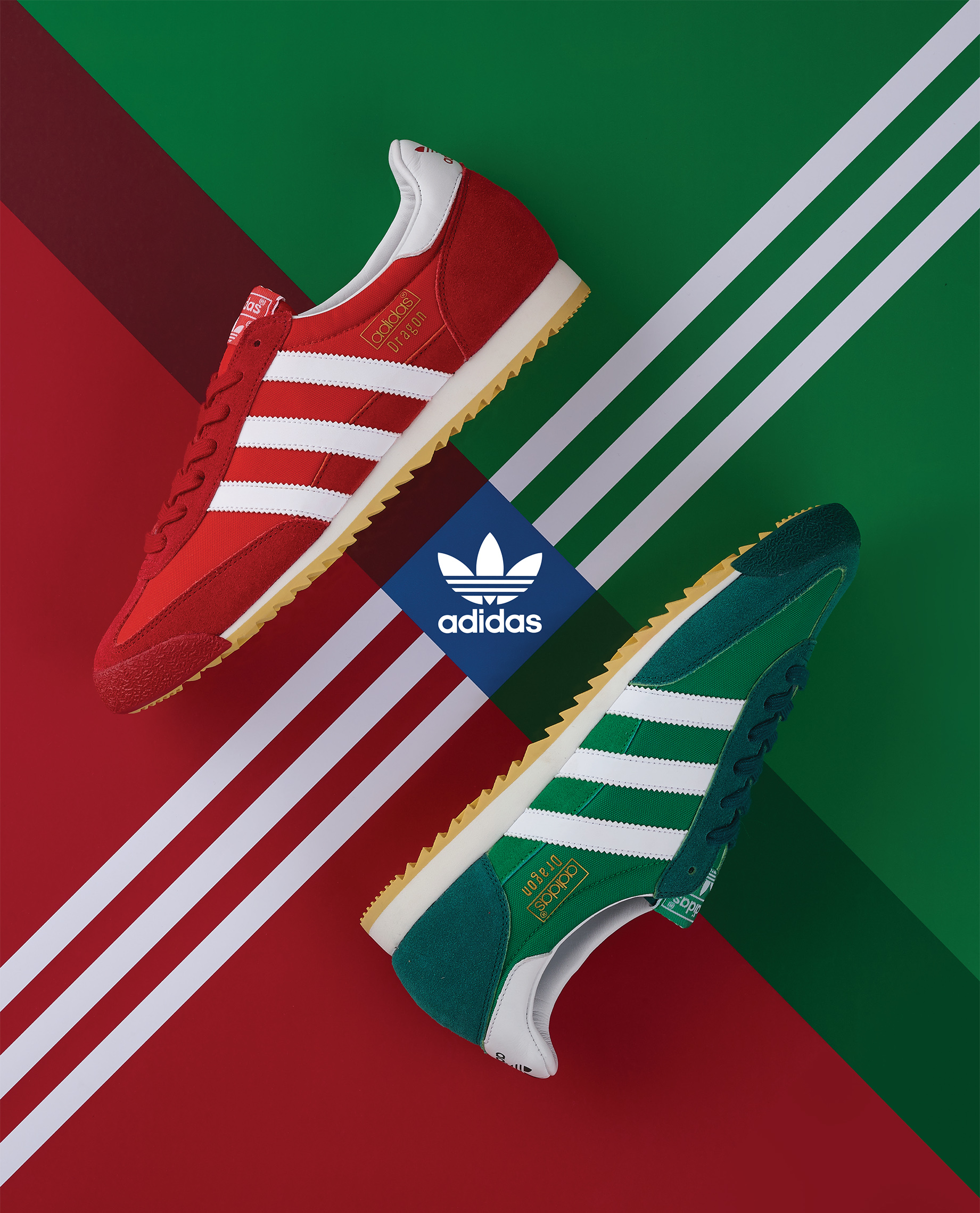 Originally developed in 1971 by adidas Germany, and predominantly aimed at the American market, the adidas Dragon was one of the brand’s first nylon running shoes, alongside the Trimm-Master and SL72.
The original version of the trainer didn’t feature the iconic T overlay on the toe, but was later rejuvenated in 1976 to feature a rubber toe bumper, becoming the Dragon silhouette that we recognise today. 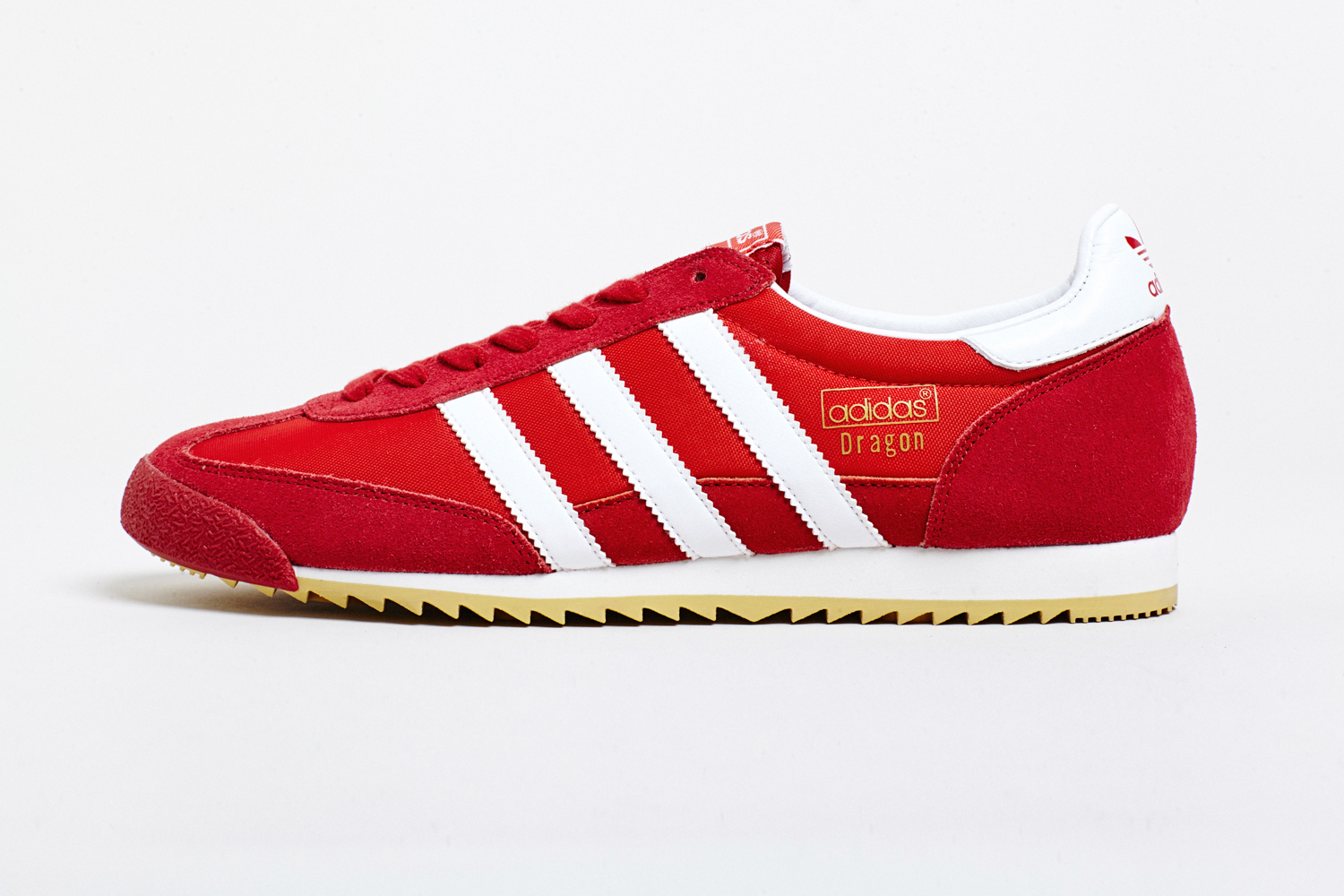 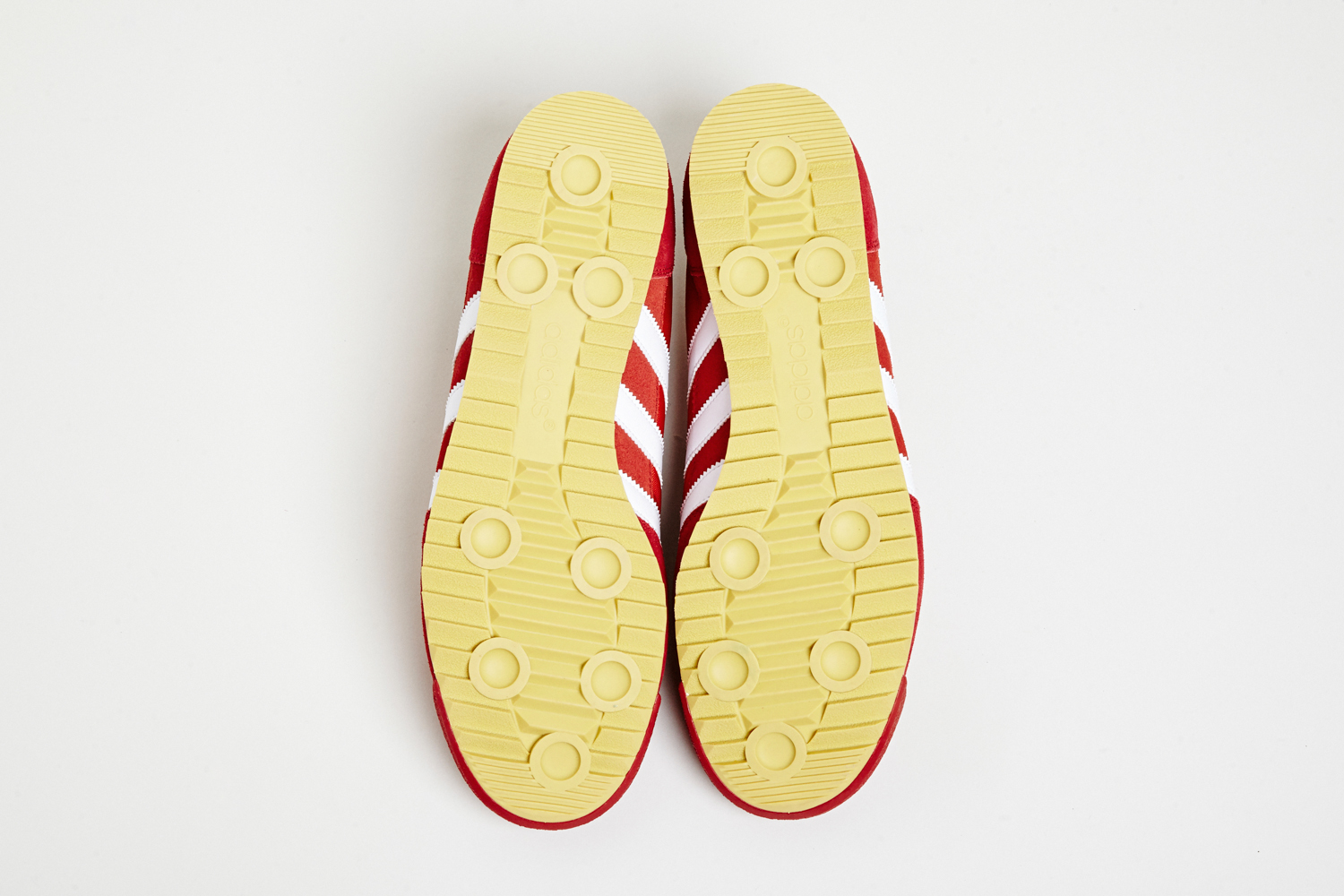 The shoe was adopted by reggae artists and stalwarts of 1970’s American rock ‘n roll culture who gravitated towards the Dragon’s classic shape. Its athletic inspiration and incorporation of the scarcely seen adidas box logo, on a mixed upper of suede and canvas mesh, ensured that the Dragon would go on to become an icon within adidas’ archive and beyond. 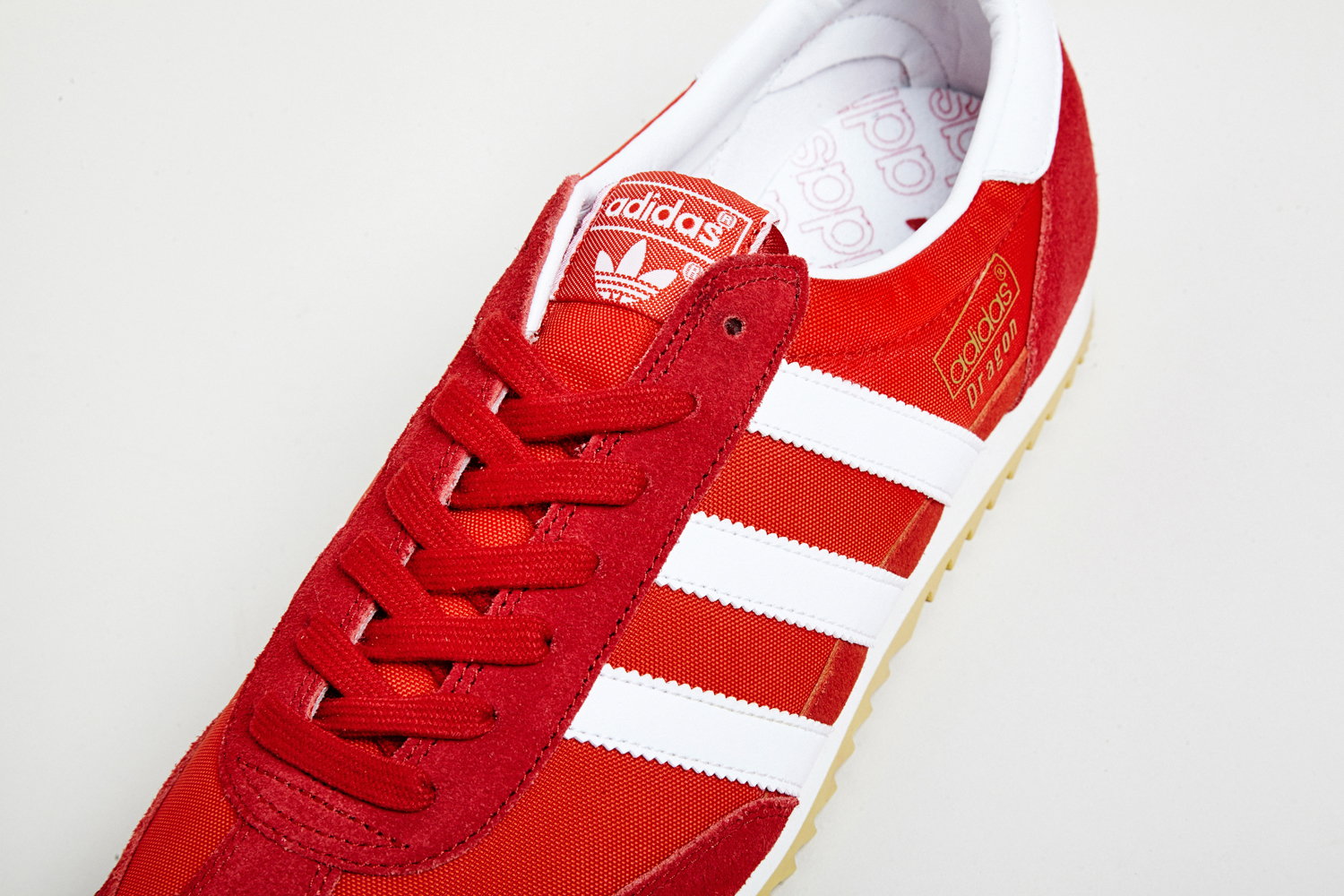 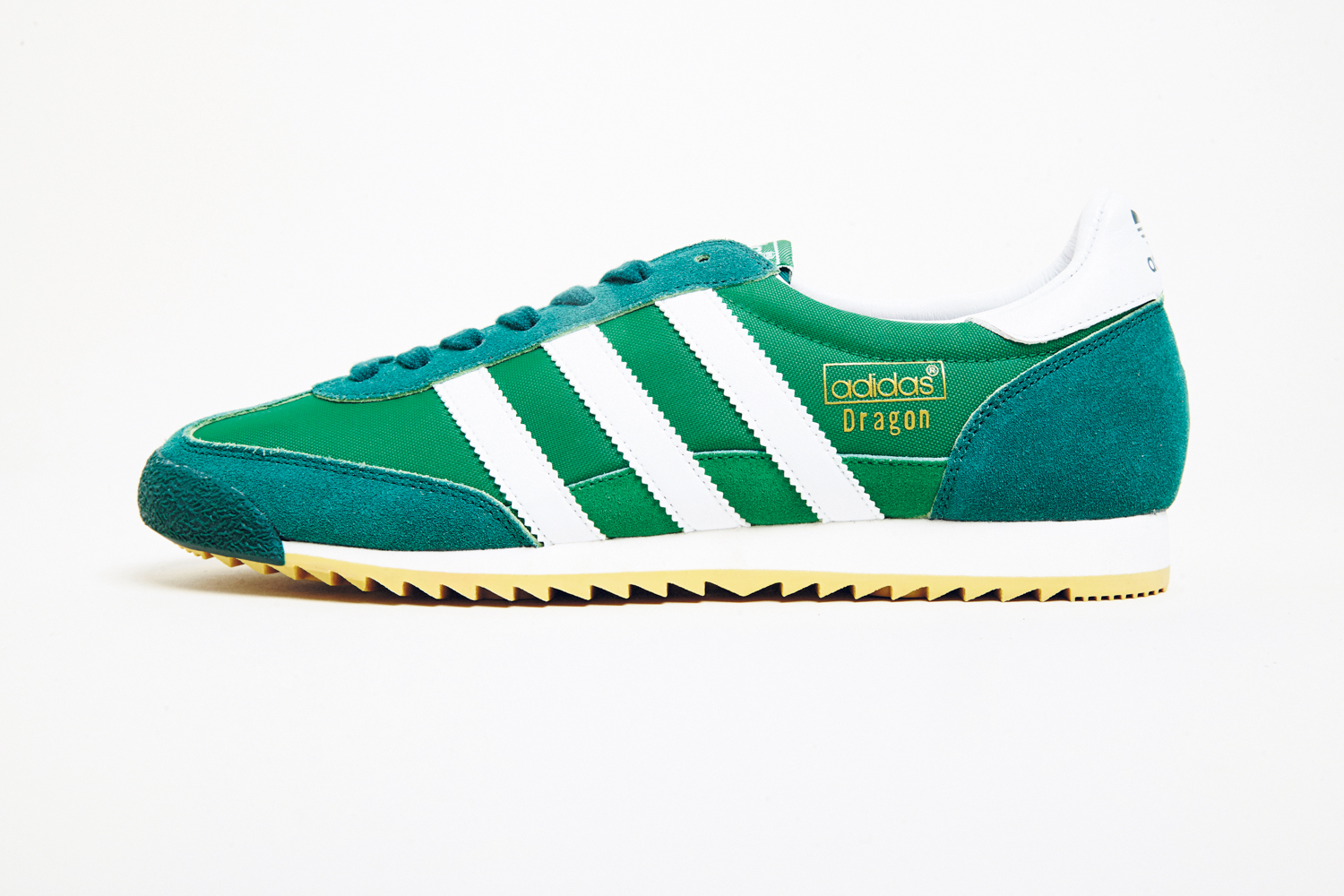 In the late 70s the Dragon’s aesthetic was mimicked across several of the brand’s big global releases, including some versions of the Sao Paulo and Jogging. Its eye-catching blue colourway was borrowed by a French release of a shoe called the Achille, and in 1982 adidas released a feminine iteration of the shoe, titled Lady Dragon. 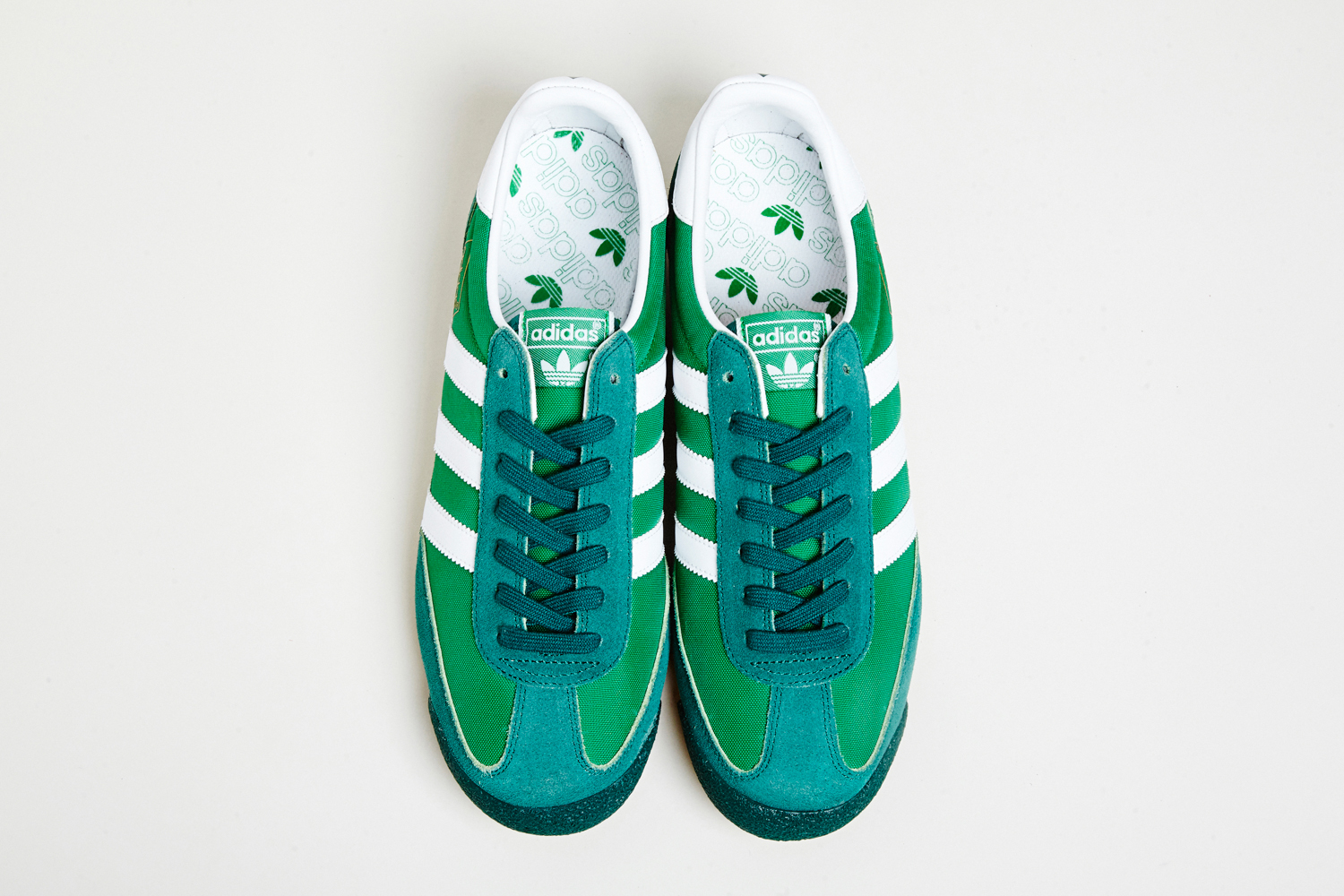 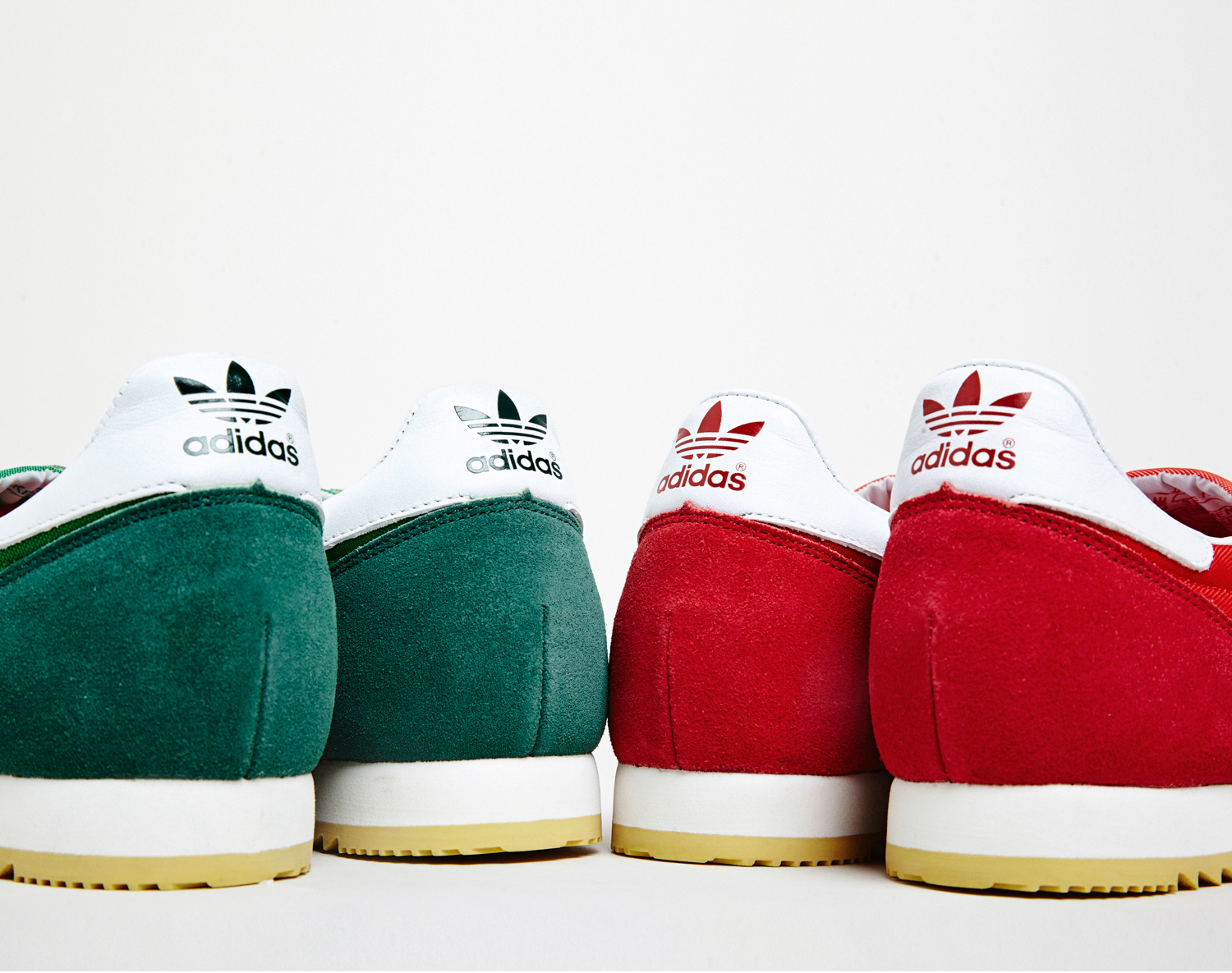 The Dragon returns to size? this summer in apt power red and collegiate green options. A faithful and street-ready reissue, the adidas Archive version of the Dragon pays tribute to its athletic roots, as well as the mythical creature from which it borrows its name, reaffirming its place in the hearts and minds of adidas fans worldwide. Both colourways of the size? Exclusive adidas Originals Archive Dragon are now available online and in selected size? stores. Save Save Save