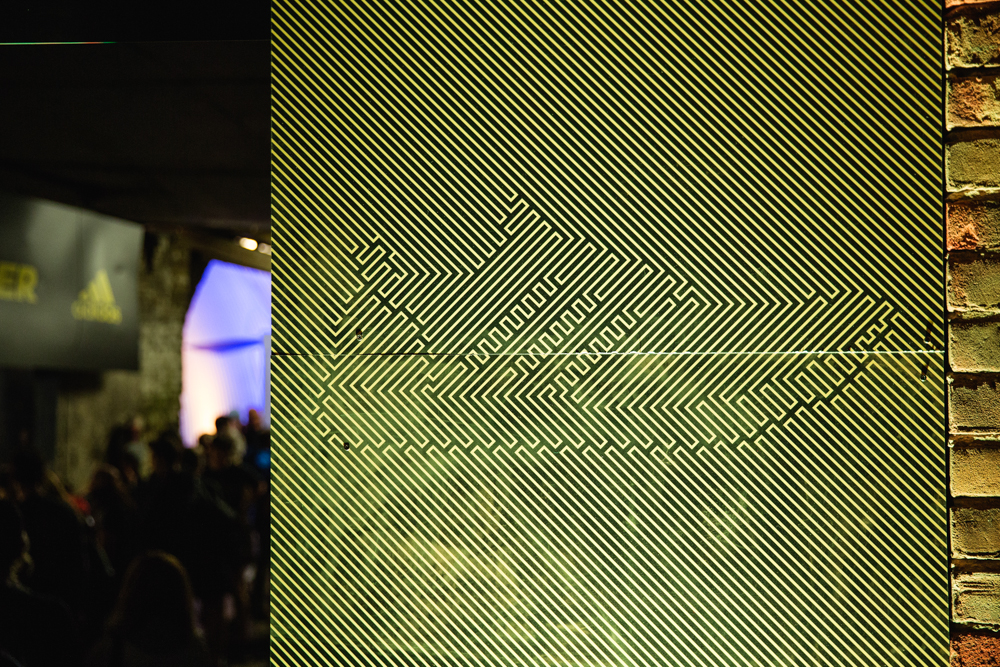 Following on from last weeks event hosted in Berlin, Adidas Running took to the streets of London for #BOOSTLONDON The Energy Takeover, a 10k run with a difference.  The race route and general plan for the evening were kept very secret until the very last minute, so participants had no idea which direction they were planning on heading in.  Runners from all over the city descended on Elephant & Castle where the race preparations began inside an old carwashing garage, and were given the opportunity to try out the new Adidas Ultra Boost for themselves and test the claim of them being one of the best running shoes ever made.  The Boost technology originally developed for the adidas running category can also now be found inside some of the brands latest signature basketball models, and more recently featured in skateboarding shoes for increased impact support. Runners were split up into colour coded groups, setting off from the start in different directions. Each route challenged the labyrinth like structure of the borough of Lambeth, making you weave in and out of the neighbouring streets with only the odd neon finger-shaped sign to guide you in the right direction.  As well as the street section of the course, we also found ourselves running through The Oval cricket ground to be greeted by England international Stuart Broad, past Battersea Powerstation, and even through the middle of a packed local pub!  Occasionally you’d find yourself crossing paths with the different groups (and the odd lost runner) as you progressed around the city. The ability level varied across the whole group, mixing seasoned athletes with beginners, and the odd couple of people I’d spoken to who were running for the first time again in 5 years.  It didnt feel as though you were running a race as such as you were all making sure everyone stayed with your group to ensure nobody got lost in the middle of the city, so it just felt like a relaxed social run.  The course reached it's climax in Vauxhall at a transformed petrol station where medals and refreshments were handed out to all who braved the streets that evening. 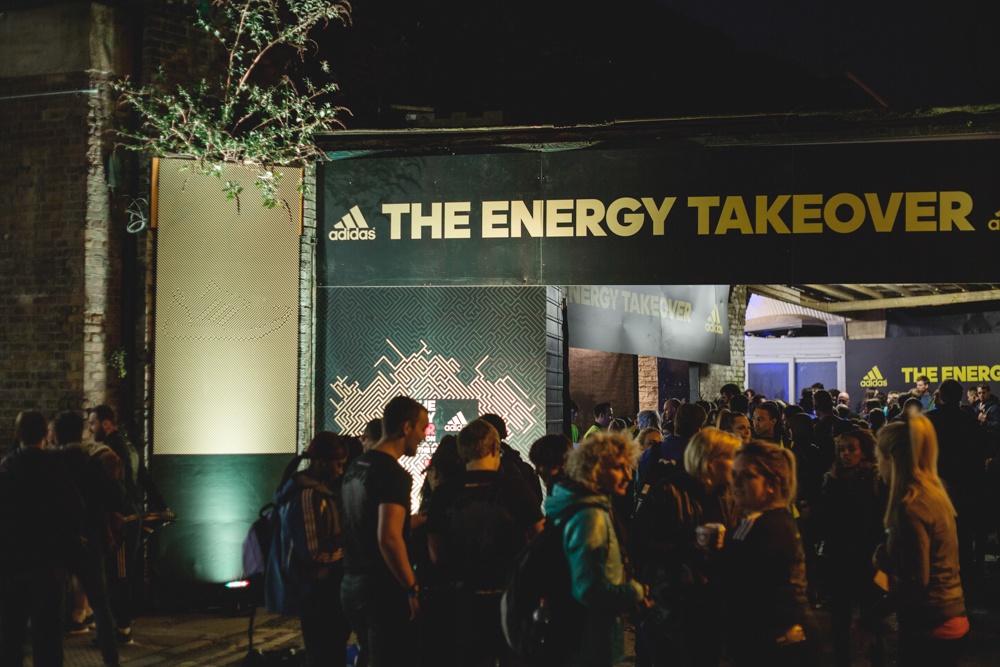 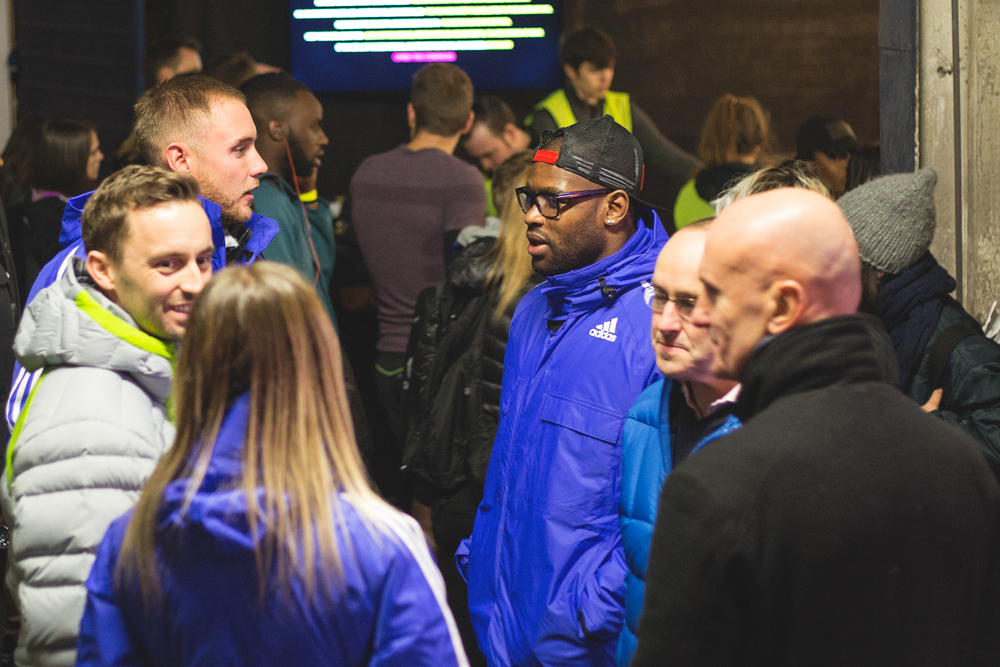 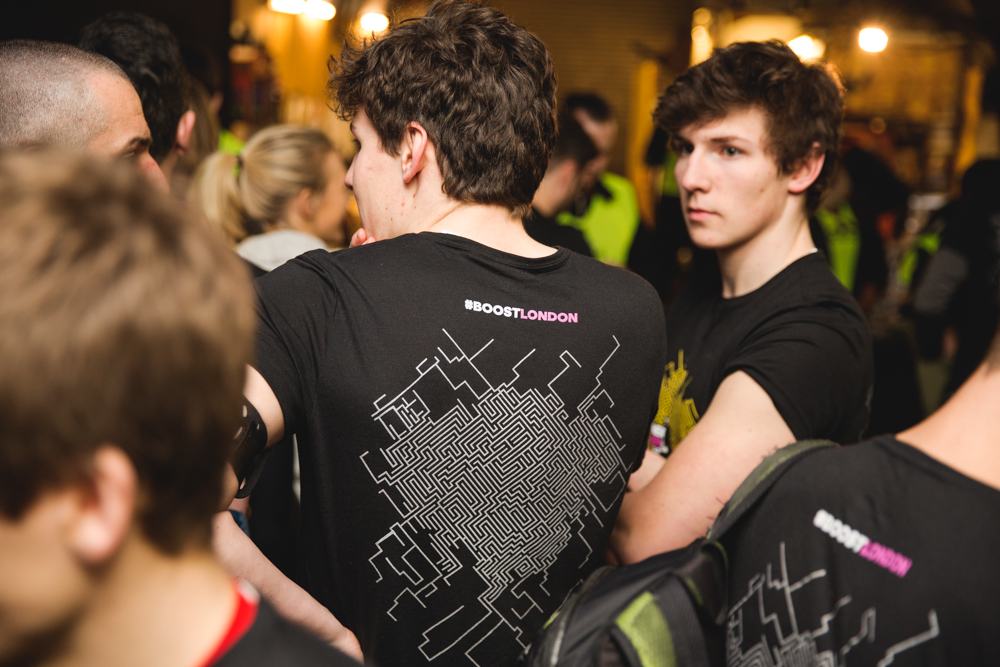 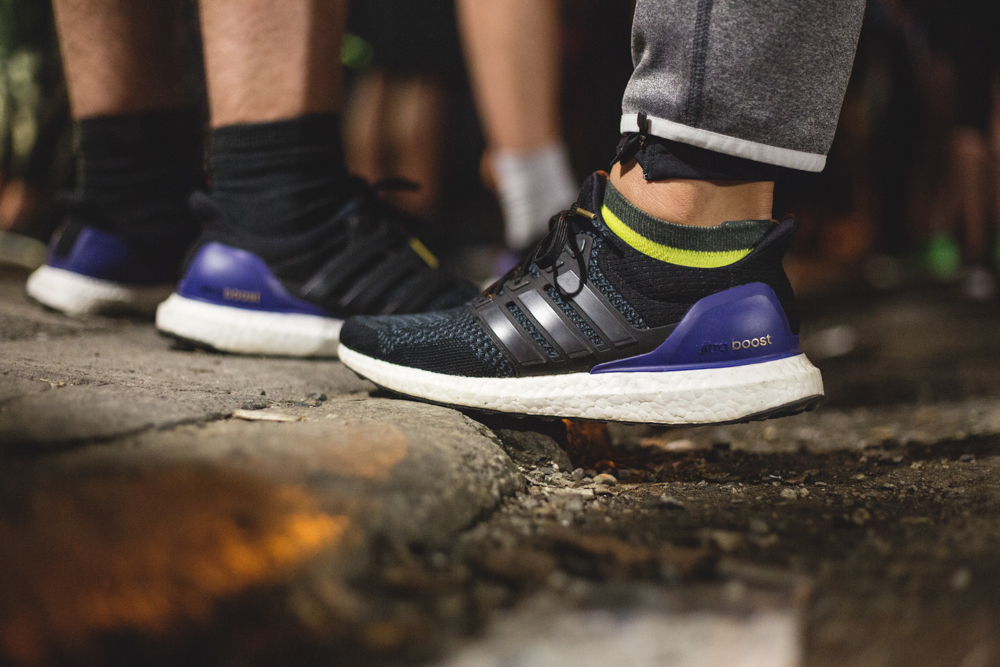 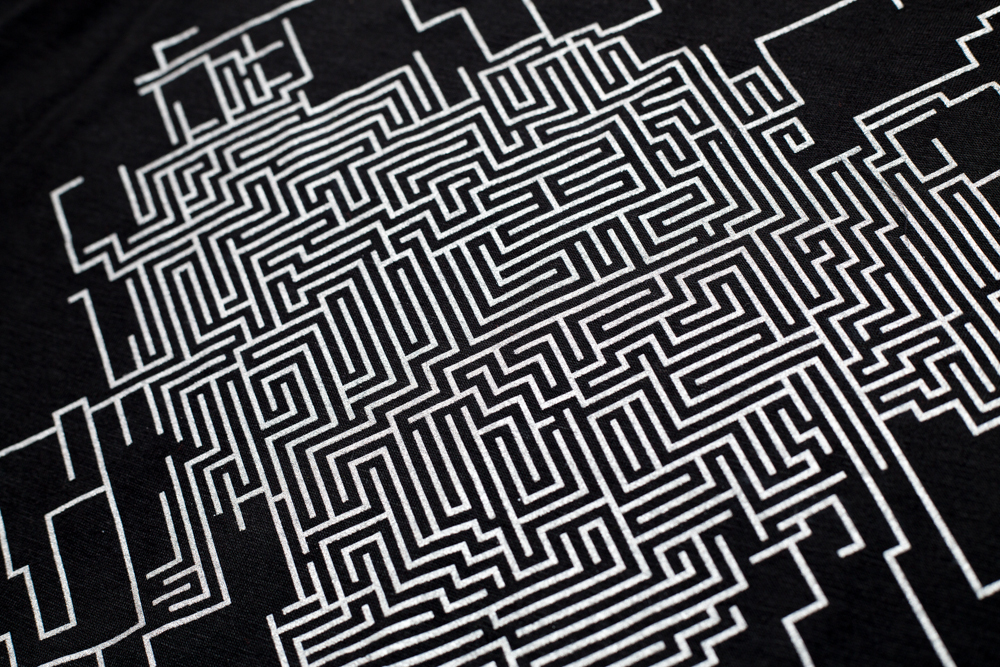 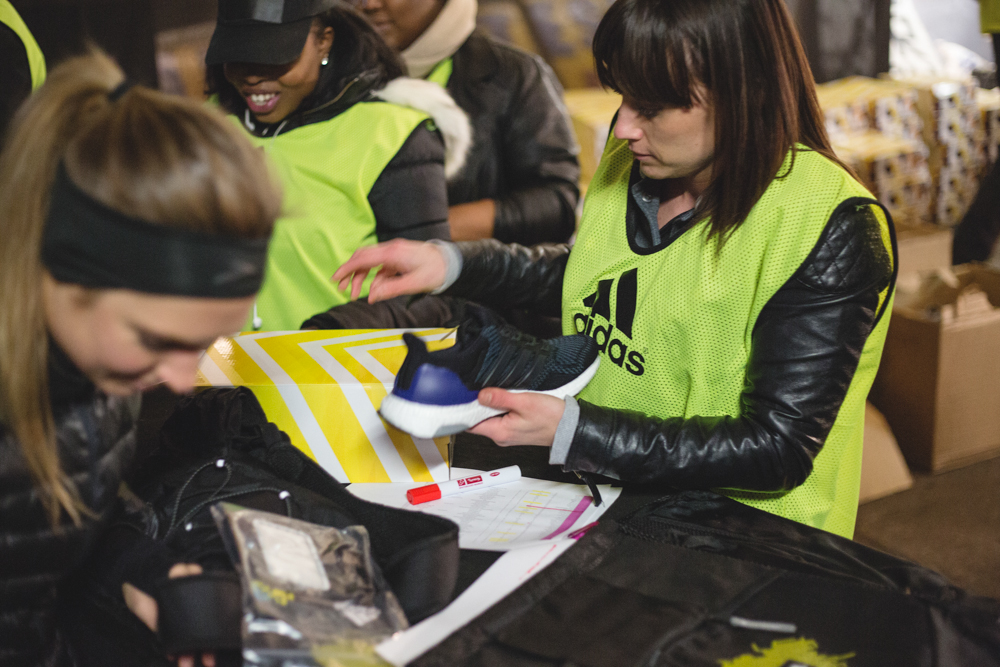 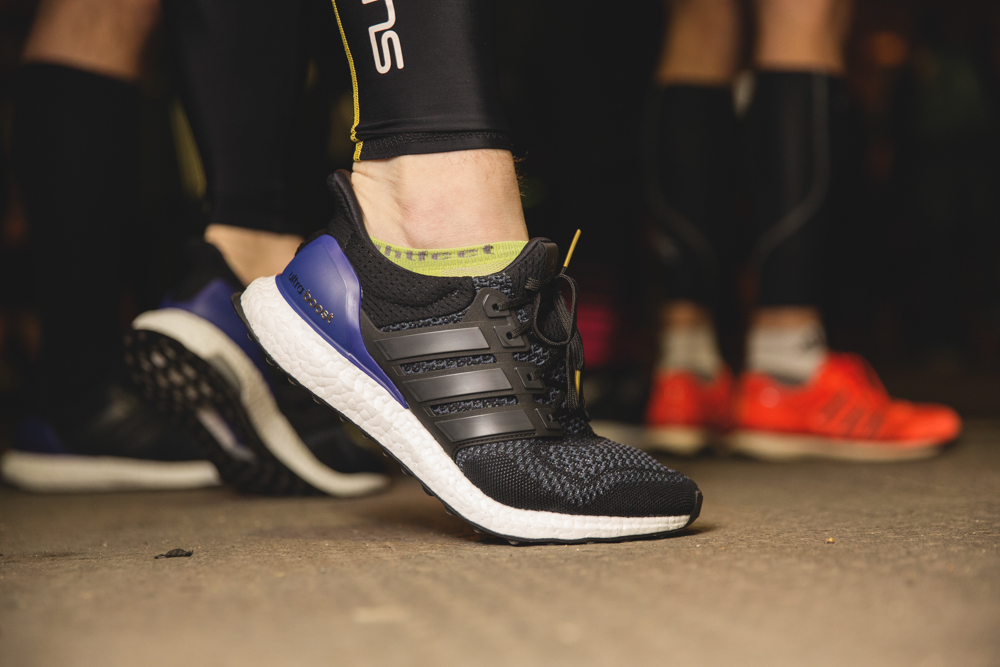 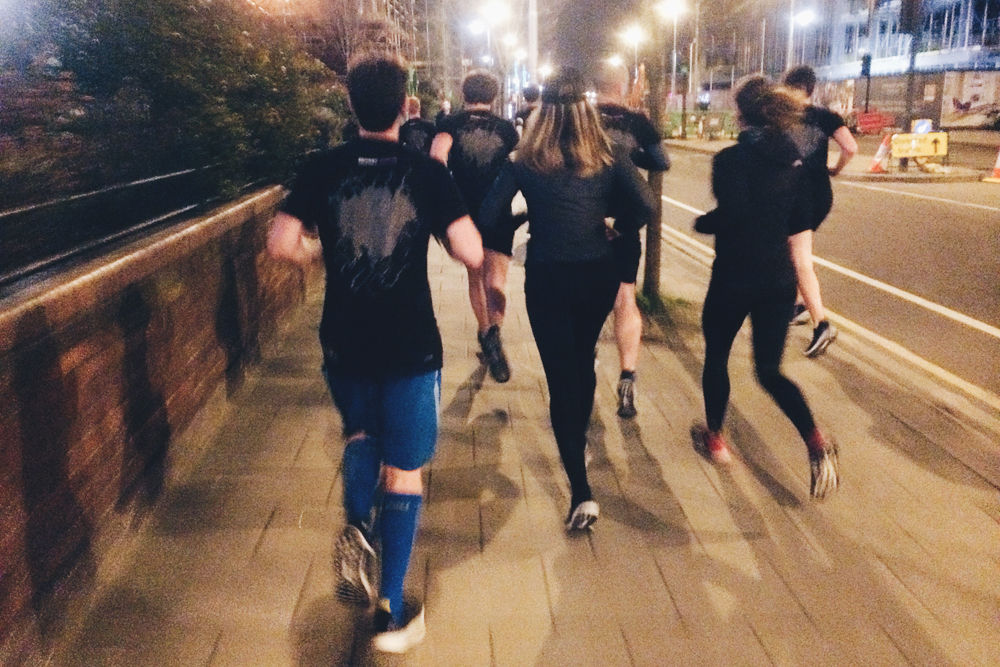 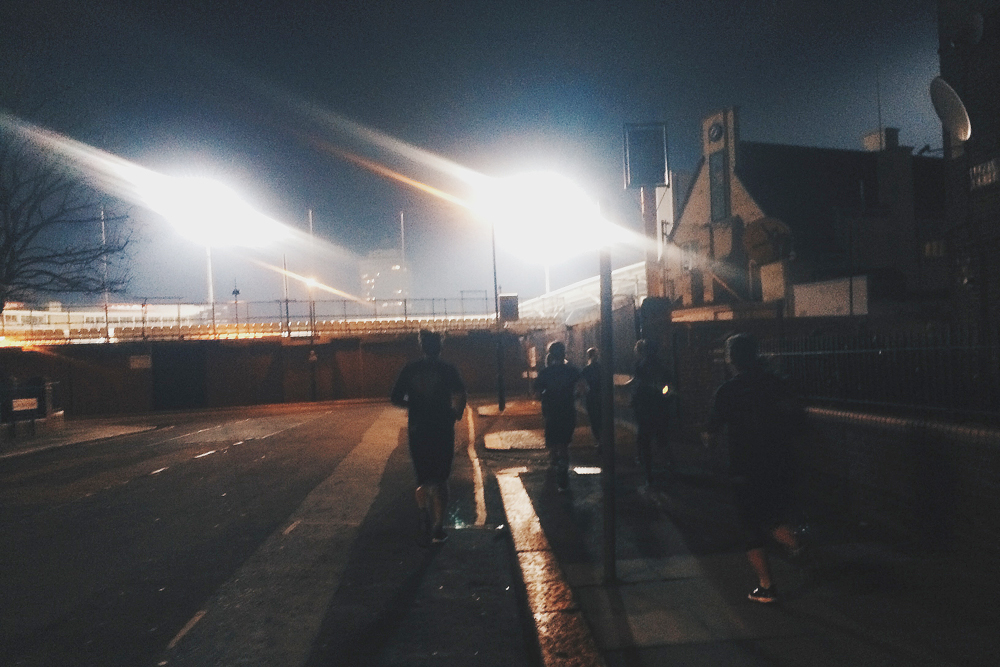 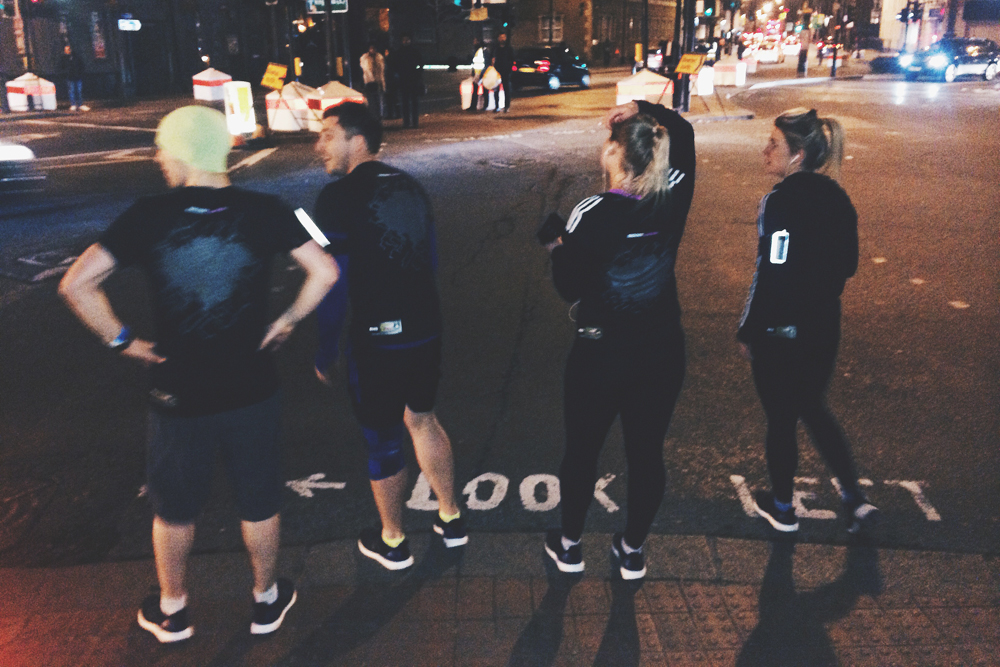 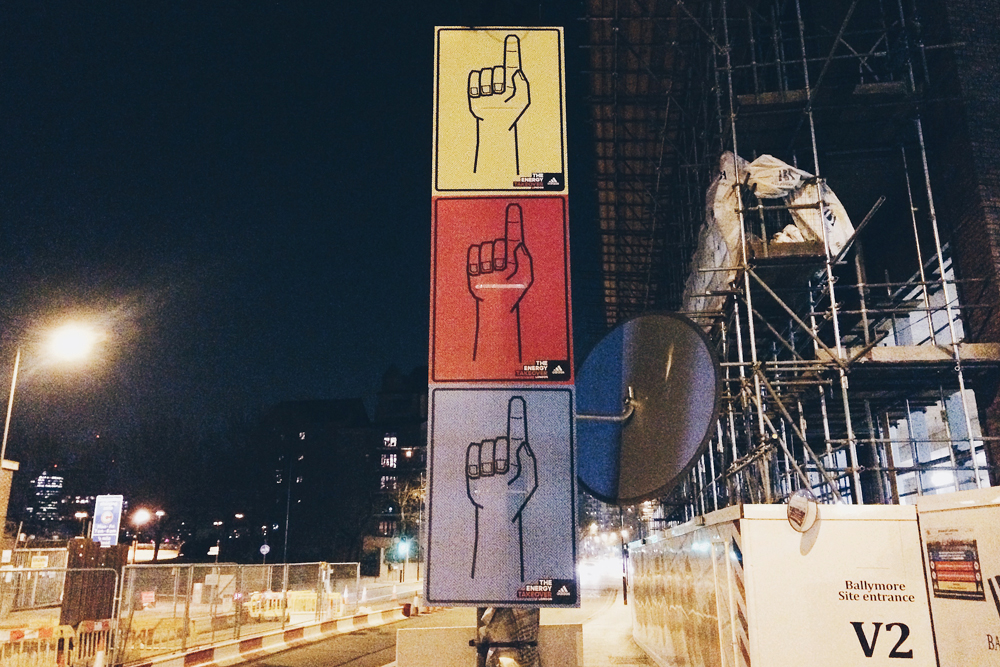 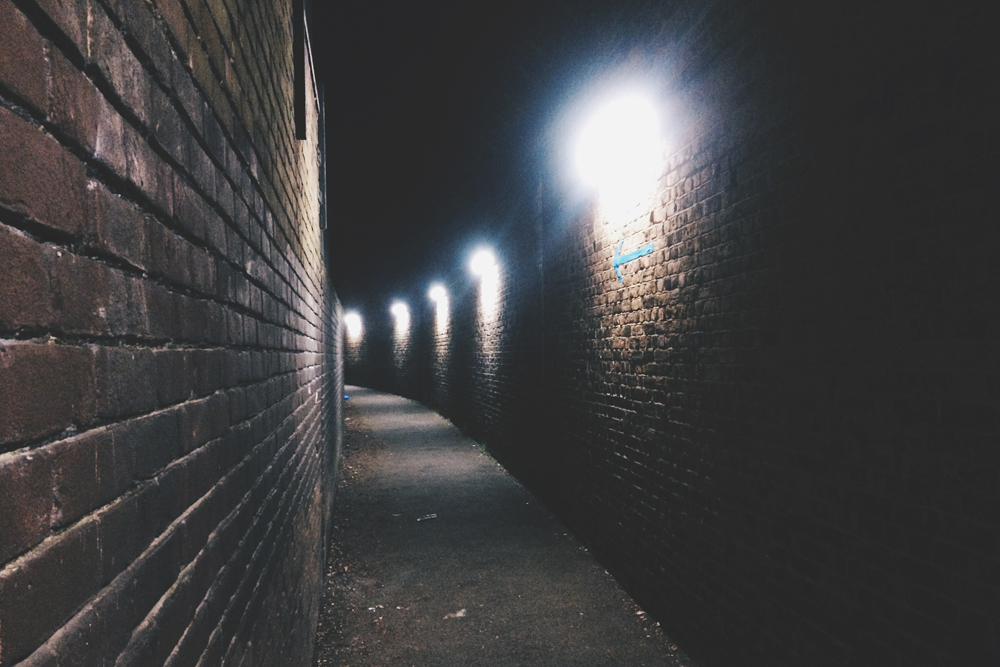 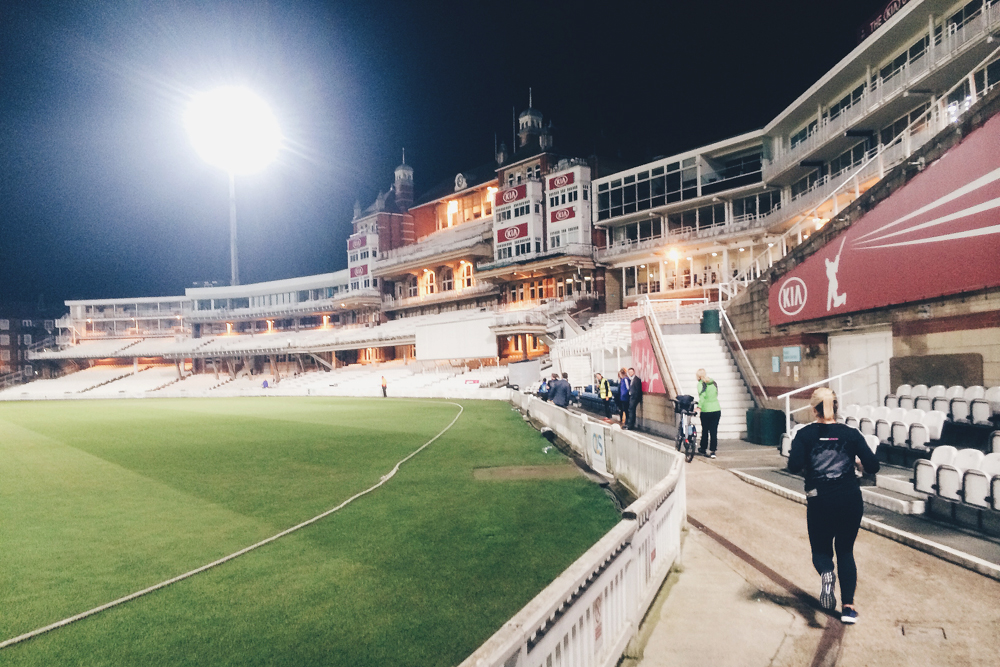 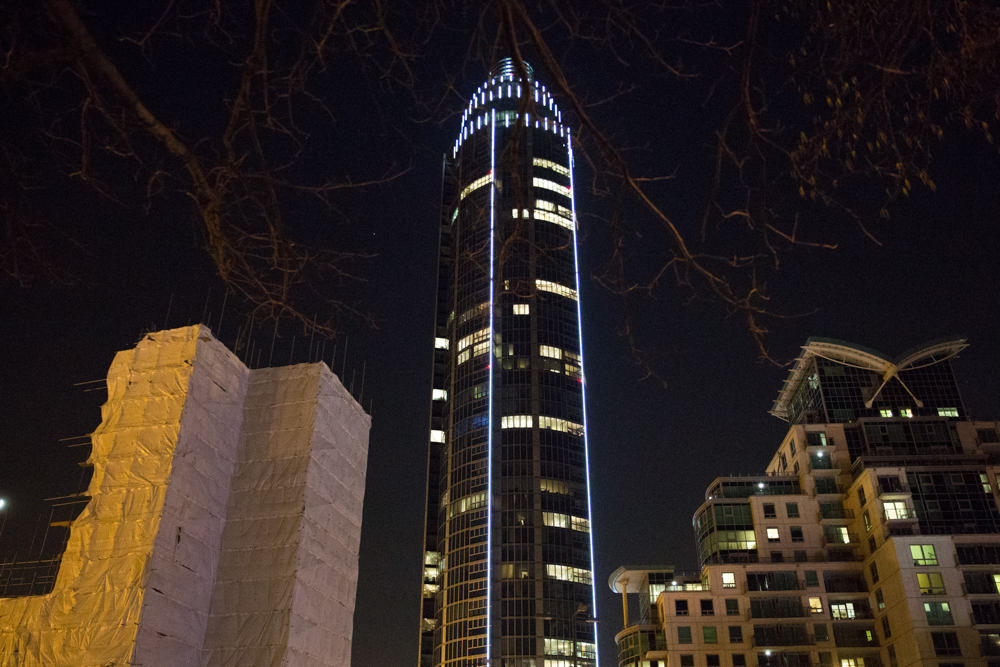 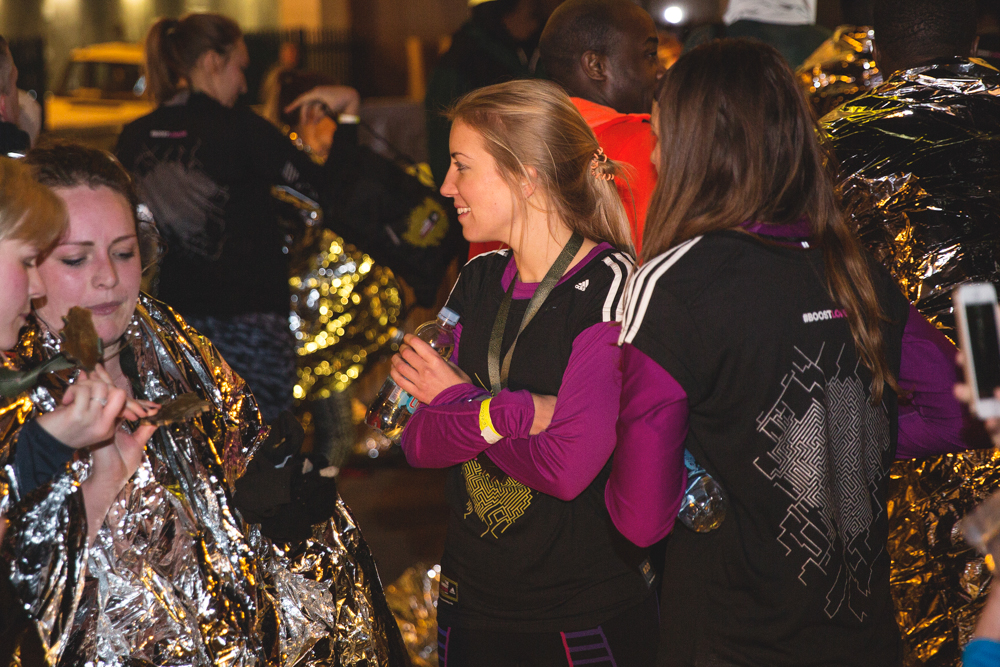 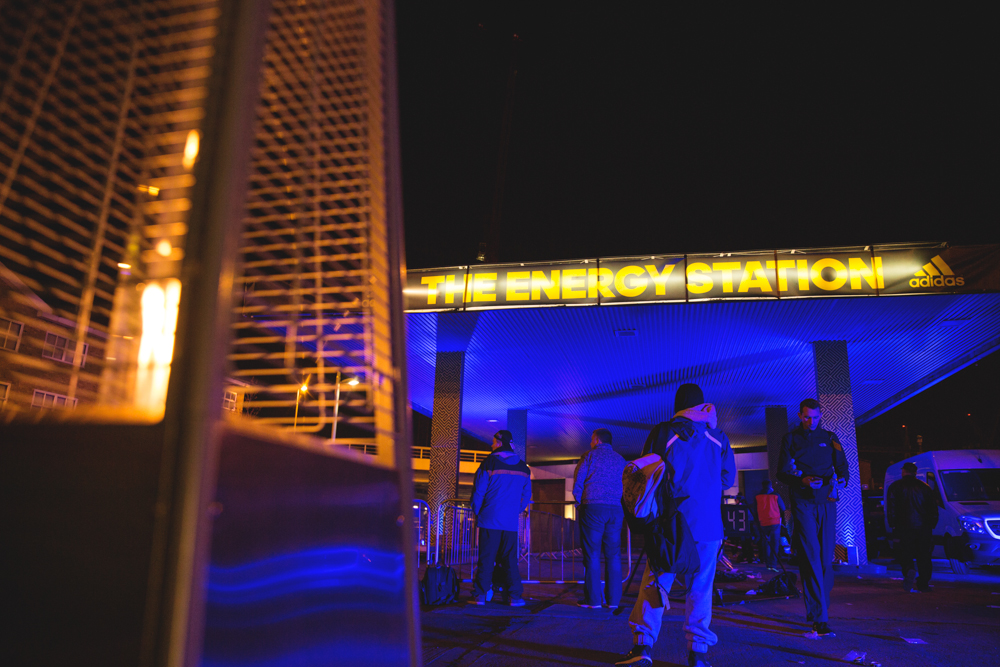 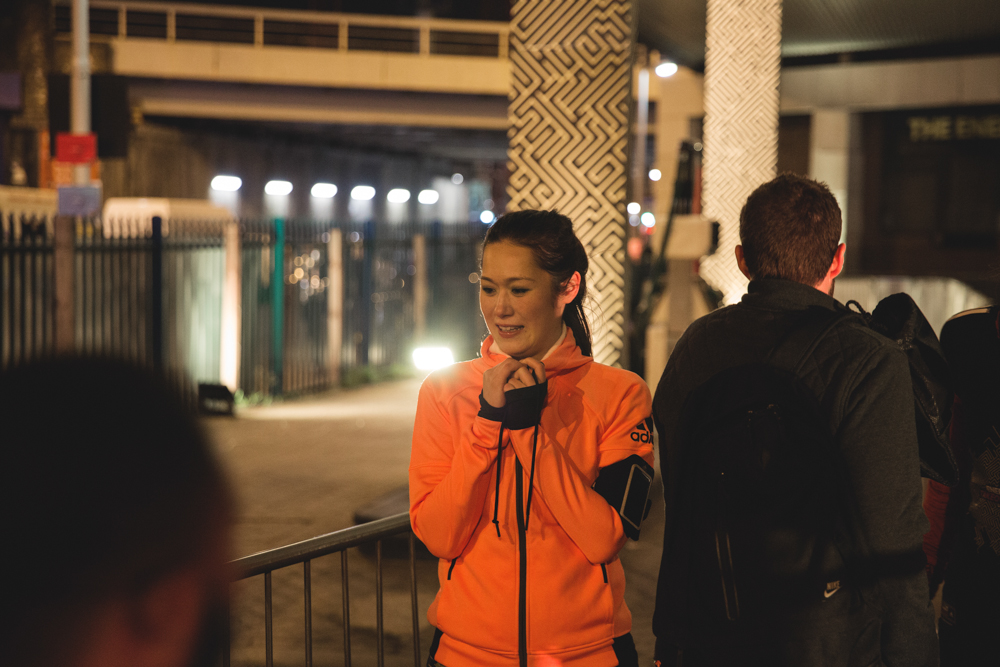 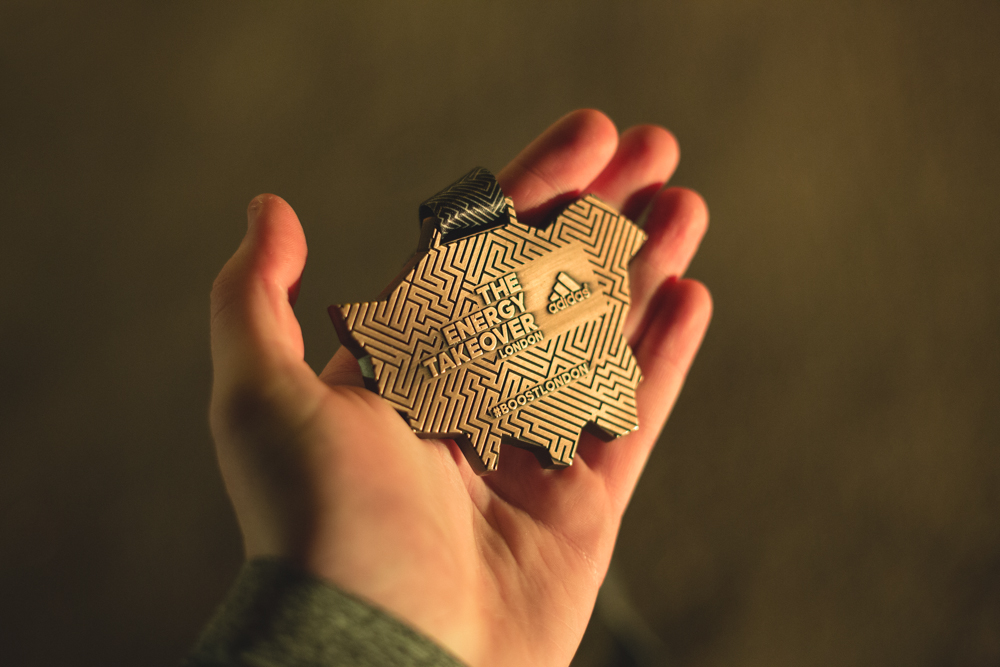