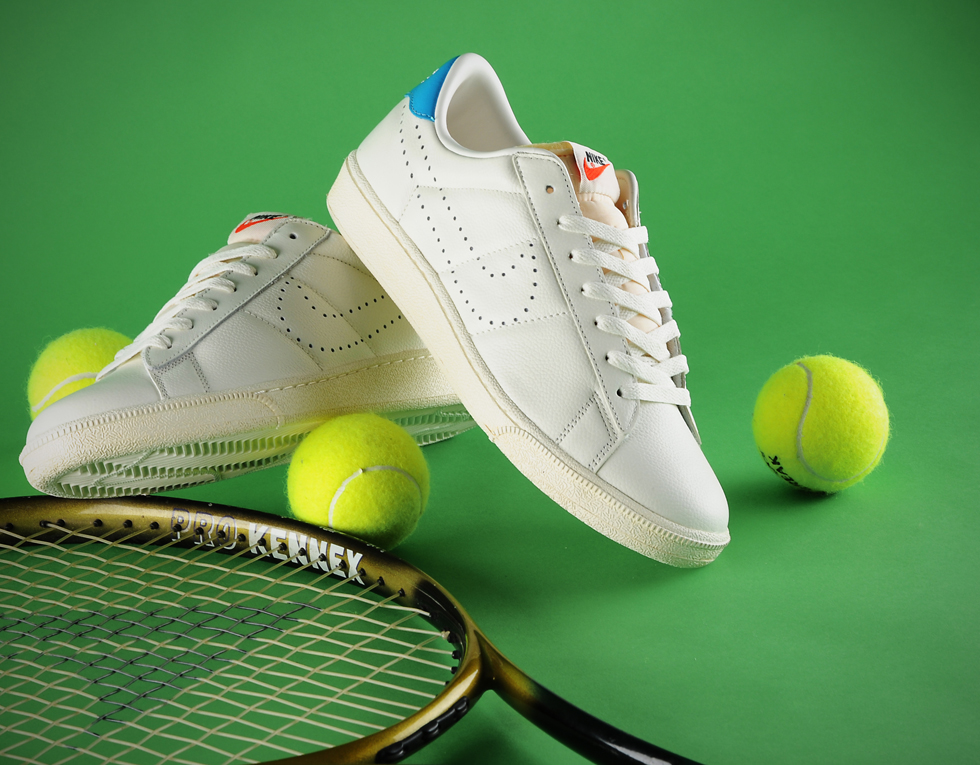 Originally released commercially in 1982 as the ‘Wimbledon’, the Tennis Classic was one of Nike’s first major ventures into the world of tennis specific footwear. Made famous by tennis star John McEnroe, who wore them in his 1981 Wimbledon Championship victory, the original editions conformed to the then very strict rules that governed lawn tennis by keeping the styling simple, which at the same time made them more eye-catching. Over the coming years Nike changed the shape, design, materials and even the name of the ‘Wimbledon’ resulting in the incarnation of the Tennis Classic. Most popular in its original format, it’s here where we pay homage with the release of the size? exclusive Nike Tennis Classic VNTG. Featuring soft tumbled leather in the upper, a toughened slip resistant ‘herringbone’ sole unit - complete with subtle Nike ‘Vintage’ treatment - and perforated Swoosh detailing. Limited to just 500 pairs, the Nike Tennis Classic VNTG will be available exclusively from size? stores and online from tomorrow (Friday 29th June) priced at £62.